A Jewish Gal at the O.K. Corral 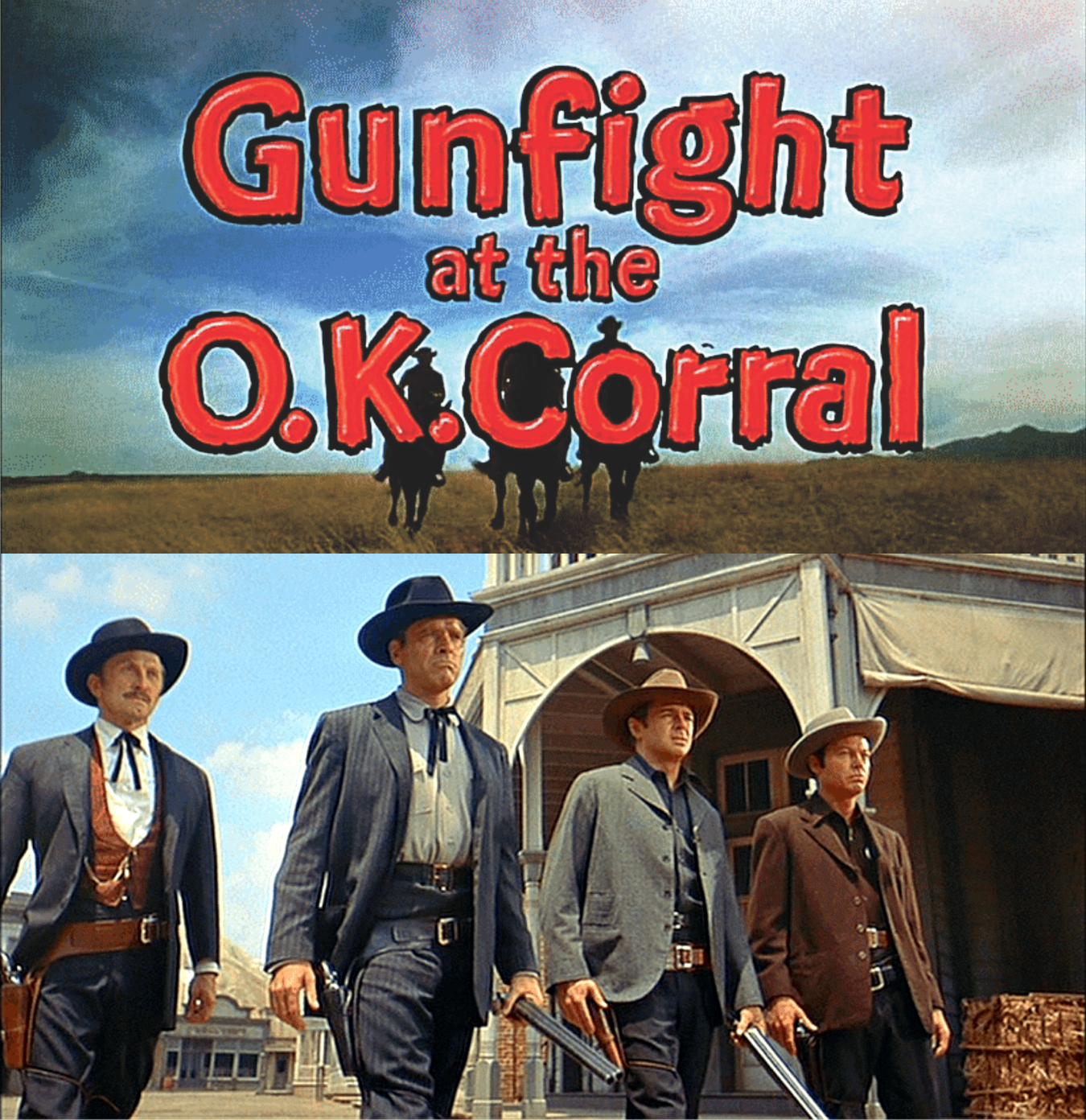 The legendary “Shootout at the O.K. Corral” looms large in tales of the American West. On October 26, 1881, in Tombstone, Arizona, lawmen Wyatt, Virgil, and Morgan Earp, together with their friend Doc Holliday, faced down some shady local ranchers near the O.K. Corral. Thirty seconds later, only Wyatt Earp was still standing – the others were dead, wounded, or had run away. The bloodshed didn’t end there; multiple revenge killings followed the gunfight.

Miraculously, Wyatt Earp (1848-1929) managed to die a senior citizen and, curiously, is buried in a Jewish cemetery in California. Credit for that belongs to his common-law Jewish wife of nearly a half-century, Josephine Sarah Marcus, who decided Wyatt should eternally rest next to her parents, brother, and (someday) herself. This strong-minded woman, a pivotal player in the Tombstone episode, is the subject of the biography, Lady at the O.K. Corral, by Ann Kirschner (2013), and a primary character in the fact-based novel, Epitaph, by Mary Doria Russell (2015). Both are good reads, especially Epitaph, a companion to the author’s 2011 hit, Doc, about Doc Holliday. Here are some background facts, drawn from these books and other sources.

The town of Tombstone got its name, not from the shootout, but from an intrepid prospector who staked his first silver claim in the area in 1877. The prospector couldn’t resist naming his claim “the Tombstone,” as a retort to doomsayers who had predicted that he would find only his tombstone in the dangerous wilderness. Rich in silver deposits, Tombstone rapidly grew into a boomtown that attracted both miners and business entrepreneurs. A newspaper, the Epitaph, was founded in 1880 with the wry motto, “Every Tombstone needs an Epitaph.”

The Earp brothers came to Tombstone to make their fortunes, but wound up working in law enforcement. This put them into conflict with a raucous band of cattle rustlers called “cowboys” (an insulting name then) and local ranchers who conspired together to steal cattle from Mexico and sell it in Tombstone for beef. Moreover, the Earps suspected the cowboys were also to blame for some daring stagecoach robberies.

Josephine Sarah Marcus (c. 1860-1944) was the daughter of immigrant Jews from Prussia. As a teenager, Sadie (as she was called) ran away from her San Francisco home. She joined a traveling acting troupe that performed Gilbert and Sullivan’s operetta, H.M.S. Pinafore, a wildly popular show at the time. While on tour, Sadie fatefully met Johnny Behan, an Arizona businessman and aspiring politician. In 1880, she moved to Tombstone as Johnny’s fiancée.

Sadie soon transferred her affections from Johnny to Wyatt Earp. The two men were political rivals, both vying for the position of county sheriff. The ranchers and cowboys backed Johnny, who was willing to turn a blind eye to rustling and other thievery; the town leaders supported Wyatt, hoping he could rein in the lawless cowboys. Because of Sadie, the rivalry between Johnny and Wyatt became personal. Their mutual animosity exacerbated conflicts that led to the storied gunfight and its bloody aftermath. Indeed, an Earp biographer called the love triangle the “key to the whole yarn of Tombstone.”

Wyatt and Sadie left Tombstone soon after the gunfight. They led a nomadic life, running saloons, gambling, and speculating in land deals. But in later years, Sadie collaborated with authors on books that cleaned up Wyatt’s life, successfully shaping his legacy as a heroic lawman. Wild West movies and television shows followed – all glorifying Wyatt Earp and bygone days on the American frontier.